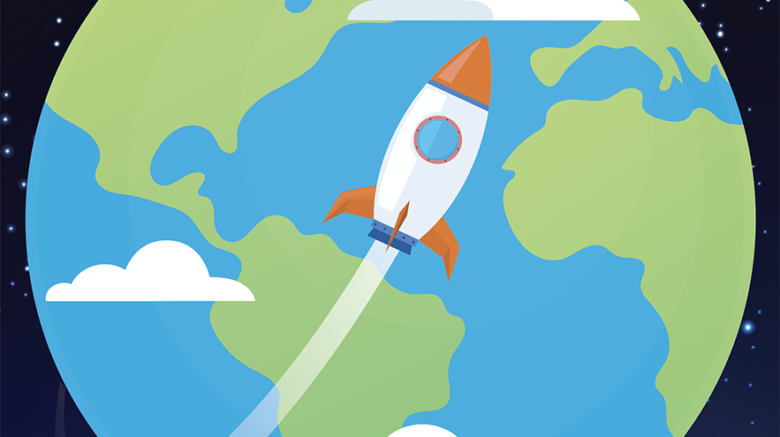 This article originally ran in the September/October 2019 Humanist magazine.

It is said that the depressed see reality clearer than most. I take issue with that view because when we’re depressed we may be able to see things clearly, but a lack of vision keeps us from seeing future possibilities. We stifle from our imagination what can be.

In doing SMART Recovery addiction work (Self-Management and Recovery Training), the one thing I have learned is that people are resilient. Every week I encounter those whose lives have been damaged in so many unimaginable ways, and they carry on. They come even after three, four, even five rehabs, and still have a spark of hope. Even though they may not be able to envision the possibilities for their future, my main job is to convince them that there is a future. They are operating with a tunnel vision of their past experiences. I know that if they stop using, their future can be radically transformed. I never give up on anyone because I have seen too many “get it” when even I was losing hope for them.

Our age is characterized by a consuming despair. From global climate change, minority rights, economic justice, separation of church and state, global population, healthcare, faith in our institutions, the demise of critical thinking, to the state of education, there is much brokenness to concern us. Too many humans, including humanists, have given up. But, as George Elliot said, “what we call our despair is often only the painful eagerness of unfed hope.”

Just like those in addiction recovery, we may suffer a poverty of imagination. Envisioning how things can change requires that we have a realistic consideration of history. “When I despair, I remember that all through history the way of truth and love have always won,” Mahatma Gandhi pointed out. “There have been tyrants and murderers, and for a time, they can seem invincible, but in the end, they always fall. Think of it—always.”

One of the criticisms of the 1933 Humanist Manifesto was that it was too optimistic regarding human character. The Second World War and the Holocaust led us to a sober reckoning that we are not simply good or evil; some are noble, but often there is a thin layer of civility covering a fairly barbaric nature. Today, about 40 percent of people in the United States hold racist views. Just as in the 1930s, there is a worldwide resurgence of autocratic leaders. We should be neither surprised nor despondent; it’s a well-known cycle in history, and history tells us it can turn around.

When we’re in despair, it is evidence that there is still some ideal of the good society within us. It’s hard to witness the destruction of some of the best flowers of civilization, but spring can come again. The overbearing weakness and dread we feel is born of our collective desire for the good, the true, and the beautiful that has been so tarnished in recent years.

We bear up not because we are foolish but because our moral compass tells us it is our duty. It is our duty to all those before us who stood up to tyrants, disease, and wars. They built democracy, science, the rule of law, and the institutions that came at great cost under even more difficult circumstances. Our duty is also to those who come after us—who will still have to fight the demons of human nature.

Many of the problems we face are serious, others dire. The long-term effects of the polarization of society, the aggressiveness of the empowered religious right, and the rampant racism will probably scar us for decades. We can get through it though. Most urgent is the climate change crises. Some have thrown up their hands to “climate despair” and say it is too late, but I refuse to concede. We once spent ten percent of the entire USA budget to put a person on the moon and we fought a world-wide war on two fronts so we know what we can achieve.

We can never surrender to the forces of chaos and despair because it violates everything we humanists care about on this one precious planet and the one life we have.