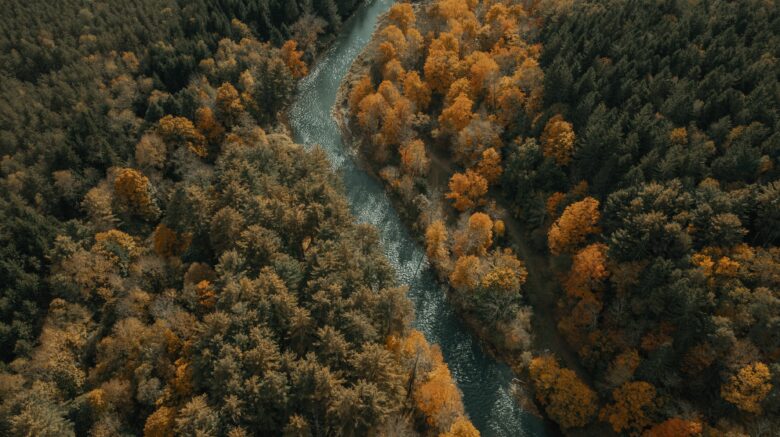 Last month an email went out asking American Humanist Association members to share how climate change has personally affected them. Many got back with impressive and inspiring responses. Here are some of those responses. If you would like to share your experience, you can find and fill out the survey here.

I split the year living in southern Arizona and east central California. Each location is experiencing increased average temperatures, prolonged droughts, and serious wildfire threats each summer and fall. We are seeing fire destruction on unprecedented scales in both regions. We live with elevated anxiety and threat of disaster, including severe water shortage in Arizona.

I live near the shore and have seen an increase in the number of days where we have small as well as larger flooding events. The storms are not only more frequent but greater in intensity and the storm season has gradually lengthened. I am an organic geochemist and watch in horror as these flood waters carry pollution into our ground and surficial water. We have more frequent algae blooms and more days when swimming is not safe due to pollution of either chemicals (many superfluous in the quest for a green lawn) or waste from sewage plants that have flooded. I watch birds arriving much earlier than they should in the springs and a decrease in the insect population. The decrease in the Monarch butterfly and honey bee populations are well documented and peer reviewed.

I live in the north of England and the melting ice caps in the Arctic Ocean have meant a much less stable jet stream for our weather patterns. We can get weirdly hot days late in the year, and bitter cold arctic winds in the middle of the summer. This is not a terribly inconvenient place to experience climate change, but it does make gardening a challenge.

In Idyllwild, California, at an elevation of 6,000 feet, the forest is changing from pine to cedar. Even live oak trees are thriving, though they used to thrive only at lower elevations.

Beyond heat, drought and mosquitoes, the impact in my life is emotional. For years the KNOWLEDGE of impending climate changes has increasingly affected my life. The distress led me to volunteer increasingly towards climate advocacy, reducing involvement in other issues that had previously dominated my volunteering after retirement. Today climate advocacy dominates my life, reducing my involvement with my grandkids and family members, increasing my responsibilities in volunteer roles taken with Citizens’ Climate Lobby. Despite this, I still despair over our country’s government inaction and the reduced chance we have to minimize the worst yet to come.

Glacier National Park used to be my favorite to visit. By now, the glaciers may have retreated.

As a senior citizen with a scientific background, I have observed some very significant changes in both the weather and the flora and fauna on and near walking trails at the same location in the Northeast over the last nearly 50 years. It does trouble me that these signs are now so obvious while a great many seem to deny their existence.

I live in Florida. We have already exhausted the entire alphabet re: naming hurricanes!

I’ve lived in southern California my entire life, 70 years. For the past 30, my husband and I have noticed that the summers keep getting hotter and longer, the fire season starts earlier and lasts longer, the Santa Ana winds are stronger. Three times in the past decade fires came so close that we were packed and ready to evacuate – it was only through heroic firefighting and favorable winds that we were saved.

We have an extensive garden, mostly fruit trees, vegetables and drought-tolerant or native plants. Gardening has become much more difficult, as some things that thrived in the past are no longer happy – we have lose peach trees and fig trees. This summer a freak thunder storm with hail – unheard of in August! – followed by extreme heat with highs of 114 degrees wiped out our tomatoes. A neighboring farmer lost all his watermelons because they cracked due to unexpected flood water.

We are avid bird watchers and feeders, and wee have noticed differences in bird migration and behavior. One example – every Spring, orioles used to migrate through our area, where there are lots of citrus groves, staying to fledge their young, then moving on by summer. For the past few years they have been staying here through much of the summer.

We have defensive landscaping, our roof is metal and there is no exposed wood on our house, but not all of our neighbors are as well fortified, sad to say.

We are very worried about how dangerous it has become to live in this beautiful part of California; and we fully accept that climate change is real and will have many negative, horrible effects on Earth’s creatures and plants. We do our little bits with recycling, composting, plastic avoidance, water conservation, smart plant selections, natural gardening, driving our one car as little as possible, etc., but we know it doesn’t make much difference in the big picture. We participate in local groups that encourage larger actions to mitigate the situation.

I’ve lived in California my whole life. As a child my father was a firefighter and we lived in a very rural area. Fire season was anxiety provoking but typically short and relatively uneventful. Now it seems like fire season never ends. We spent nearly a month so far this year with air so bad we didn’t leave the house, and we aren’t even close to any fires. We own air purifiers and humidifiers.

It really messes with emotional well being when the air is toxic outside. I’m a therapist and I started to have conversations with all of my clients weekly about their mental health due to the impact of smoke.

On top of that, I have seasonal allergies. Or at least they used to be seasonal, now they are pretty much year round.

Due to extreme weather the last decade or so — droughts, floods, temperature fluctuations — our crops in Indiana sometimes fail to make it to harvest. Sometimes we don’t have access to the corn or soybeans, which are major products in the Midwest. The depletion of grains also leads to lower beef products. I know a lot of people who used to eat beef every day until the last few years.

In East Lansing, Michigan, we have milder winters than my childhood in mid Michigan. Our native trees are less healthy and more prone to invasive pests and disease. We are lucky so far to have adequate ground water, but it is very unsettling to think droughts and fires are possibilities in our future. We have fewer frogs and other amphibians. Secondly, we have a constant emotional heartache for people, critters, and places we have loved that are struggling.

I live in a small city in the mountains north of Phoenix. What I have seen this year from their TV reports is that they have substantially set new records but also the record number of records broken.

I have lived in Tennessee near Nashville for forty years and in the past two years we have seen a growing number of fire ants and armadillos. In the past these were only seen much further south in Florida.

We live in the Blue Ridge Mountains of Western North Carolina. When I was a small boy, we had much more snow and colder winter weather. Our area is called the land of four seasons. Now that the winters are warmer, we have many more pesky insects. Fire ants have moved into our area. Farmers have to deal with the bug issues. Summers are hotter and much more uncomfortable.

I live in South Florida. Climate change impact is a part of daily life here from street flooding during full moons 4-6 months a year, to new invasive species, to extremely rainy wet seasons during hurricane season, to record heat, especially record low temperatures at night. There have been huge changes over the past 10 years and they become more apparent every year. I think the most apparent changes are the record temperatures and record rains. Thee number of severe and impactful hurricanes and tropical storms have greatly increased. Also we now have disturbances forming offshore and quickly strengthening within hours to hurricane strength.

I live in a small city in the mountains north of Phoenix. What I have seen this year from TV reports is that there have been new records set, and the record number of records have been broken.

Where I live we have increasing drought conditions. This summer was the driest on record, and we depend on two rainy seasons. This year’s monsoon was 5 inches below average, and the reservoirs are well below normal levels.

I have also noticed that in Phoenix and Tucson, many of the records being broken were only set in the past few decades.