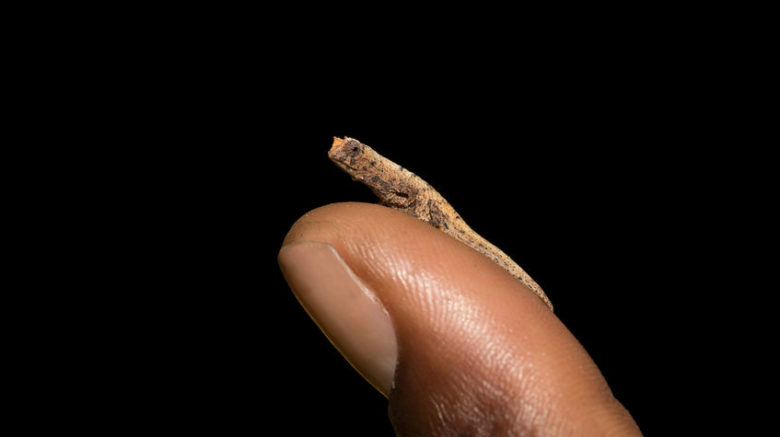 The United Nations published a global assessment Monday detailing the impact of humans on the environment over the past five decades, and it’s not looking good. The report, by the Intergovernmental Science-Policy Platform on Biodiversity and Ecosystem Services (IPBES), finds that the health of our ecosystems is deteriorating at a rate unprecedented in human history, and species are increasingly going extinct.

The assessment found that the rate of extinction is currently tens to hundreds of times higher than the average over the last ten million years, and it is only expected to accelerate, threatening up to one million plant and animal species within the next few decades.

“Healthy biodiversity is the essential infrastructure that supports all forms of life on earth, including human life,” Cristiana Pasca Palmer, Executive Secretary of the Convention on Biological Diversity, said in a statement.

The authors acknowledge that the significant loss of biodiversity is the result of human activity, and its effects will prove, if they haven’t already, detrimental not only to the environment but to global economies, resource security, and social equality as well. IPBES Chair, Sir Robert Watson commented:

The health of ecosystems on which we and all other species depend is deteriorating more rapidly than ever. We are eroding the very foundations of our economics, livelihoods, food security, health and quality of life worldwide.

The report is the product of three years of research from 145 authors spanning fifty countries, with assistance from 310 contributing writers, indigenous and local knowledge, and review of 15,000 scientific and government sources. The first of its kind, it assesses the past fifty years in providing expert evidence and suggesting solutions to the environmental, economic, and social issues of our time in order to help inform policy decisions and actions.

The notable findings of the research read worse than a negative report card. The list may seem overwhelming, but it is necessary to capture the full effect our human-created systems have, not only on the environment but on our own communities.

Researchers found that the world’s population doubled since 1950, and urban areas doubled since 1992, putting tremendous strain on our environment through unsustainable systems. Three-quarters of the Earth’s land and 66 percent of the world’s oceans have been altered by humans. One-third of that land and 75 percent of freshwater resources are devoted to crops and animal agriculture. In Latin America and South-East Asia, which have the highest levels of biodiversity, raising cows on ranches to eat, growing crops for farmed animals, and palm oil plantations contributed to the loss of 100 million hectares of tropical forest between 1980 and 2000 alone. Crops across the globe are at risk from land degradation and pollinator loss, and millions of people are at risk of natural disasters due to a loss of coastal habitats.

While the researchers found that nature managed by what they term “Indigenous Peoples and Local Communities” is declining less rapidly than everywhere else, these areas, as well as areas with high poverty rates, are projected to experience the most negative effects from changes in climate, biodiversity, and ecosystems.

The list goes on and on, and it’s clear that natural resources cannot keep up with unsustainable human demand and economic development. Experts identified five direct drivers of change with the largest relative global impacts. They are: changes in land and sea use, direct exploitation of organisms, climate change, pollution, and invasive alien species. But there are plenty of indirect drivers too. Professor Eduardo S. Brondízio, co-chair of the Global Assessment of Biodiversity and Ecosystem Services, noted:

Key indirect drivers include increased population and per capita consumption; technological innovation, which in some cases has lowered and in other cases increased the damage to nature; and, critically, issue of governance and accountability.

IPBES’ report makes clear that there’s a lot at stake, and while each day takes us closer to a point of no return, it’s still not too late to make a difference. Only through “transformative change” can we meet the goals necessary to conserve what we have left. Watson describes transformative change as “a fundamental, system-wide reorganization across technological, economic, and social factors, including paradigms, goals and values.”

The authors recommend numerous practices for achieving transformative change and call on more than one hundred developing and nondeveloped nations to work together to address the global decline of biodiversity and human-caused climate change. They provide leaders with a list of tools, options, and examples of effective practices to swiftly and effectively bring about change. Some of the practices include transforming food and economic systems across all spectrums, reworking urban areas to increase access to green spaces, including Indigenous peoples and local communities in planning and governance, and supporting grassroots climate activists like #VoiceforthePlanet and school strikes.

When it comes to the health of our ecosystems and environment, no action is too small. As humanists, we have a role to play too. Humanism and concern for the future of our planet and those who occupy it go hand in hand. The American Humanist Association acknowledges the real threat the environment and our communities face as a result of unsustainable human activity. In an effort to effectively address human-caused climate change, last month the AHA launched a new project, HERE for Climate. HERE for Climate breaks down effective actions, big and small, that each of us can take. From sharing information on social media and writing letters to the editor, to engaging local groups, joining demonstrations, and contacting representatives, HERE for Climate is the best resource for humanists inspired to have an impact. Together, humanists can make a difference on climate change. Visit HEREforclimate.org to find out more.