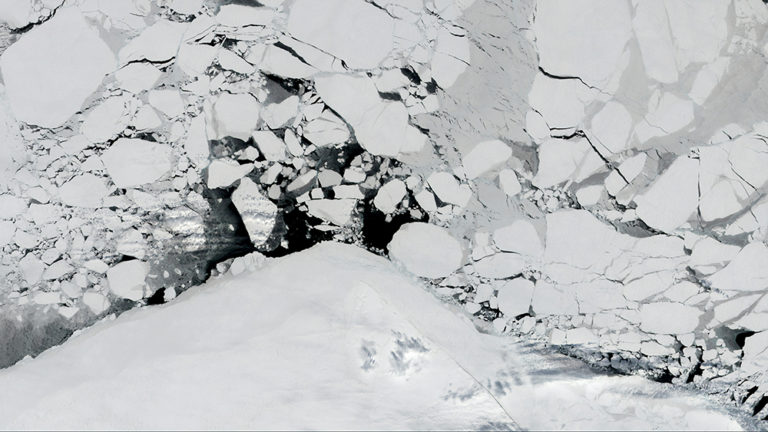 A few weeks ago I asked American Humanist Association members to share how climate change has affected them personally. I was impressed and inspired by the responses I received that gave personal representation to what can seem like an abstract idea. For some, climate change was the recognition of change in their growing seasons, for others it was enduring extreme temperatures during the pandemic, and so much more. Despite these responses that connected the conceptual to daily reality, some humanists responded with dissent.

This category of reply coincides with phrases I so often hear from others—in person, on social media, and even from those in government or other positions of leadership. They go along the lines of, “What’s the big fuss about climate change anyway? Earth’s climate has always changed, just take a look at the ice ages. Earth definitely doesn’t look like that anymore.” This claim does have some truth to it. In over 4.5 billion years, Earth has gone through cyclical changes in climate, bringing ice ages and interglacial periods that look much different than today’s world. However, the ringing difference between past climate events and today’s climate change are their driving forces. In the past, cyclical forces such as the tilt and orbit of the earth, along with other factors, caused the planet to move between interglacial and glacial periods. The rapid climate change we’re experiencing today is not a naturally occurring phenomenon.

Greenhouse gases are what keep the planet warm and habitable, but recently (in geologic time scale) we’ve gone overboard with our contributions. Over 200 years of soaring emissions have trapped more heat in our atmosphere at an alarming rate. These excess emissions aren’t natural; they originate from human activities, mainly the integral part of modern society, which is the burning of fossil fuels. Consequently, in listening to the radio or reading the news, the term “anthropogenic” is often used in conjunction with present-day climate change. We are living in a time where humans are shaping the earth and our environment in ways far different than any natural cycle seen in the past.

Carbon Dioxide, or CO2, is the most prevalent greenhouse gas and the one most commonly discussed, as its current rates are far above any natural rate seen in history. This graph created by NASA is a visual to the unprecedented rates of CO2 in our atmosphere. Previous fluctuations of CO2 never go above 300 ppm (parts per million). There is currently approximately 410 ppm CO2 in our atmosphere. Our actions are changing the course of history.

As a student studying environmental science, one of the first and most important facts I learned was the difference between the oft-confused terms “weather” and “climate.” Weather is the short-term change you can feel when you step outside, while climate is the study of weather patterns over long periods of time. Climate change is the catch-all term for a warming global average temperature and its secondary effects, some of which include changing weather patterns, growing seasons, and rising sea levels.

Earth’s natural cycles are inherently connected, so as one pattern changes, others are also altered. Ignoring that the word “creature” implies a creator, the term “creatures of habit” holds true. We rely on the patterns we know to sustain ourselves and our communities. As our environments change, we notice. And so the experiences of climate change are real. Climate change is real.

When I asked AHA members to share their experiences with climate change, it was also in part to inspire reflection. Climate change touches every person differently based on a number of factors, the two most prevalent being location and economic status. Whether you have or lack privilege in confronting climate change, changes in climate are affecting the entire global population. From sea-level rise to displacement of communities due to natural disasters to rising food prices due to drought, climate change is changing life for us all.

So, before blaming climate change on naturally occurring events that have happened for all of time, remember that humans are altering our environment in more ways than one. And one of the most prevailing ways is the irresponsible release of massive amounts of greenhouse gases into the atmosphere. Humans interact with our natural environment. We always have. These interactions have had beneficial and detrimental consequences. In this instance, the carelessness of our societies is irrevocably changing our environment and lives as we know them. As humanists, we must recognize the damage from our actions and work to take responsibility for them through collective and personal action.