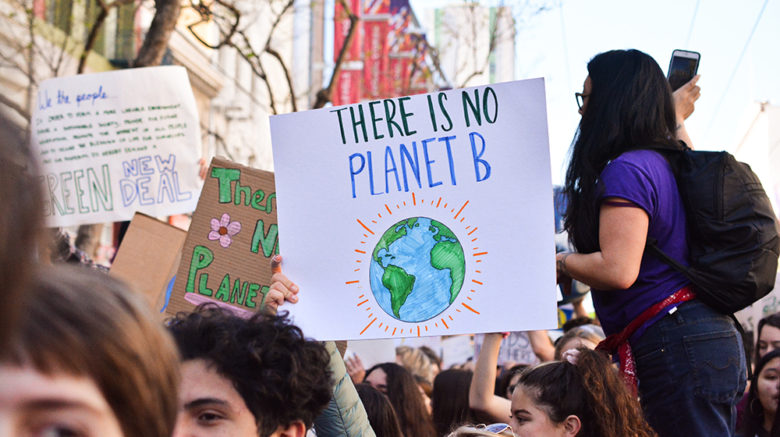 Despite underwhelming attention on the debate stage so far, the climate crisis is finally shaping the national conversation. Tonight, September 4, CNN will host a Climate Crisis Town Hall with ten of the current Democratic presidential candidates. Then, on September 19 and 20, MSNBC will host the Climate Change Forum with Democratic and Republican candidates. Though the DNC rejected activists’ attempts to force a climate change-only debate, the town hall and forum will allow candidates to speak directly about their plans to address the climate crisis, the biggest threat to our shared existence and one of the most important issues for younger voters.

This unique opportunity to focus on solutions for climate change is needed as the nation begins to recognize that humans are responsible for creating the climate crisis. In a recent assessment, the Intergovernmental Panel on Climate Change found that limiting global warming from 2°C to 1.5°C would “require rapid, far-reaching and unprecedented changes in all aspects of society” to ensure a more sustainable and equitable future. We don’t have time to spare going backwards on environmental protections. As the American Humanist Association has stated through its Humanist Environmental Response Effort (HERE for Climate):

It is only through strong and sustained personal and collective human action that the crisis can be stopped. The threat of climate change is a humanist issue and it’s time for us—as a community—to confront it head on.

As the 2020 election season continues, humanists and the rest of the nonreligious community will be listening for how candidates address the following climate change topics:

• Fighting climate deniers and anti-science rhetoric. Science has proven time and time again that climate change is not a hoax and needs to be taken seriously in order to find ways to protect society. Our legislators should listen to climate experts and use the available data to prepare more scientifically based solutions.

• Continuing research and education. There is always more data and information to collect, review, incorporate into plans, and explain to the general public, so candidates who care about addressing climate change must be prepared to fund and authorize research on climate change and its solutions. We also must invest in sufficient climate change education to inform people of all ages of ongoing efforts and the work that’s still needed.

• Rejoining and reaffirming the Paris Climate Agreement. The Paris accord, an agreement within the United Nations Framework Convention on Climate Change (UNFCCC), was developed to hold countries accountable for their contributions to the climate crisis and encourage signatories to take multi-pronged approaches to combating it. The United States helped write the document and signed it in 2014, but President Trump withdrew from commitments in 2017. Although many states, regions, and cities have continued to reduce their carbon emissions, a national united effort is needed to make significant change and demonstrate to the international community that we are committed to working in collaboration against climate change. Because the US is one of the top contributors to the problem, this international cooperation is especially key.

• Supporting renewable energy and reducing dependence on fossil fuels. There should be no further debate that clean energy must be made more universally accessible and that unhealthy and dangerous fossil fuels must be discontinued. We need to develop more green jobs so that people can breathe clean air, use fresh water, eat safe foods, and live in sanitary surroundings while receiving living wages and health benefits. Taxes on carbon emissions and incentives towards clean energy are one of several ways the government can encourage businesses to positively contribute to more sustainable society.

• Supporting sustainable land use, forest conservation, and reforestation. We only have one planet and one life, so we must work for both by taking care of the environment around us. This includes funding our parks services, restricting hunting rights, and supporting farmlands.

• Protecting reproductive justice and blocking attempts to allow religious discrimination by adoption services. Overpopulation is a concern often ignored in climate change discussions, but we must face the fact that our planet and its resources are unable to handle our species’ growing numbers. Politicians should educate and empower women to make their own choices regarding reproduction and prohibit religious adoption agencies that receive public funding from discriminating against potential parents. Every child deserves a loving home and basic necessities.

We encourage you to watch the CNN Climate Crisis Town Hall on September 4 and the MSNBC Climate Change Forum September 19-20 to educate yourself on the candidates’ ideas. And check out HEREforClimate.org to find out how to get involved with other humanists on climate action. Together we can make a difference—even when our federal government may not.