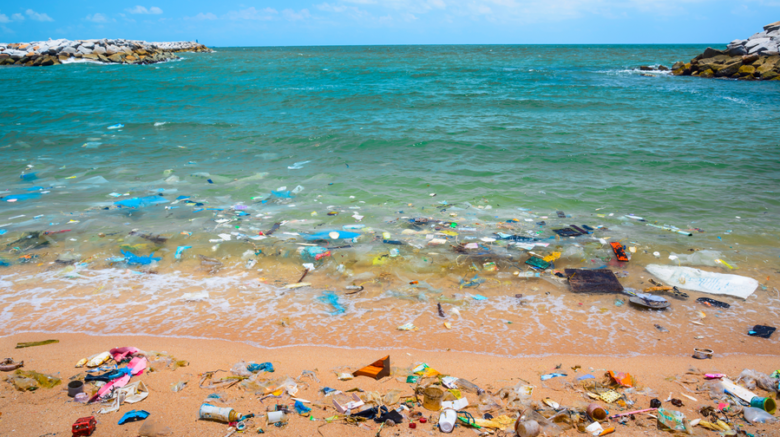 By now, plenty of us have seen the almost endless documentation in the media of the effects our plastic reliance has had on oceans: from the diver swimming through a sea of plastic near Bali, to the turtle suffering from a plastic straw lodged in his nostril, the effects of human plastic consumption and pollution are hard to ignore, but do we still ignore it anyway?

Recently, a sperm whale was found dead on a beach in Murica, Spain, after ingesting sixty-four pounds of plastic. Experts surmised that the thirty-three-foot whale died of gastric shock related to ingesting plastic pollution. The results of the autopsy prompted the regional government to launch an awareness campaign on the effects of littering and ocean pollution. Consuelo Rosauro, director-general of the natural environment for Muricia explained, “The presence of plastics in seas and oceans is one of the greatest threats to the conservation of wildlife throughout the world, since many animals are trapped in the trash or ingest large amounts of plastics that end up causing their death.” Sadly, with over 700 species of marine life encountering plastic debris, this will certainly not be the last instance of individuals dying from contact with plastic pollution. If we hope to remedy this global problem, we must first address our reliance on plastics and our irresponsible disposal of plastic items.

Despite recycling efforts, and calls to ban things like plastic microbeads, our plastic use is increasing. A study published in Science estimates that the total amount of plastic entering our oceans each year weighs between 4.7 and 12.7 million tons, and it’s predicted to triple by 2025. While countries like the UK have seen the number of plastic bags in their costal seas decline in the last eight years, which researchers attribute to plastic bag charges, other parts of the ocean have experienced a dramatic increase in pollution.

Netherlands-based researchers published a study in Scientific Reports last month warning that the Great Pacific Garbage Patch (GPGP) is bigger than previously estimated and that its rate of growth is increasing exponentially. It also reports that the accumulation of bottles, containers, fishing nets, and microplastics now take up a space in the Pacific Ocean between California and Hawaii about the size of the entire state of Alaska. If we continue on this track, there will be more plastic in the ocean than fish by 2050.

For those of us who drink water from plastic bottles and sip our drinks with straws, this data isn’t easy to digest. Take a look around. How many objects within your vicinity will be disposed of after a single use, or could be made more sustainably? We’re responsible for what we consume—and what we waste. As of 2015, only 9 percent of generated plastic waste has been recycled. We need to do better, and I know we can. Although humanity has greatly benefited from plastics, we cannot deny the danger its misuse poses to ecosystems, communities, and human and non-human life. As humanists, we must be dedicated to reimaging the design, use, and disposal of plastics in order to ensure a better life and future for all.