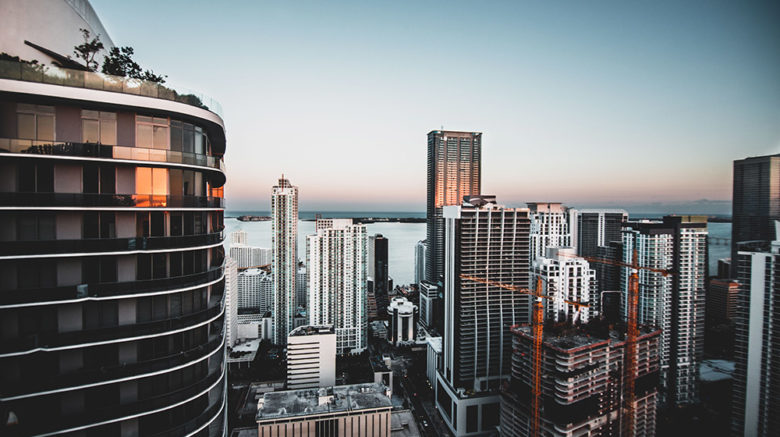 Despite efforts to minimize humanity’s footprint on the Earth, global temperatures continue to rise accompanied by more droughts, increases in sea levels, shrinking glaciers, stronger tropical storms, and wildfires such as those currently raging in California. These are the typical effects that come to mind when thinking about climate change. However, there is another unsuspecting effect that directly impacts some of the world’s best-known cities that are closest to bodies of water.

A recent study published in Environmental Research Letters investigates how climate change impacts real estate in Miami and how those changes encourage the renovation of urban areas by bringing in new development. This community-wide gentrification disproportionately affects impoverished communities, mostly comprised of people of color.

Miami is no stranger to spatial inequality. Discriminatory lending practices, also known as redlining, kept people of color out of affluent areas in the 1930s under the city’s “Negro Resettlement Plan.” Although it’s not currently in practice, the effects of housing segregation persist. People of color were pushed away from the shores and forced to settle in higher-elevation areas of Miami, which we still see today.

The Harvard scholars who authored the study, Jesse Keenan, Thomas Hill, and Anurag Gumbe, explain how climate change accelerates this ongoing phenomenon, dubbing it “climate gentrification.” They propose that “climate change impacts arguably make some property more or less valuable by virtue of its capacity to accommodate a certain density of human settlement and its associated infrastructure,” and imply that price volatility “is either a primary or a partial driver of the patterns of urban development that lead to displacement (and sometimes entrenchment) of existing populations consistent with conventional framings of gentrification.”

These populations happen to be established in places of higher elevation—a favorable location for cities at risk for climate change and rising sea levels. Data from over 800,000 property sales in Miami-Dade County from 1971 to 2017 was assessed based on elevation, size, year, and property value, among other factors. From this, the authors discovered a trend in the market that correlates with climate change. The real estate at higher elevations in cities at risk for climate change appreciates at a faster rate than elsewhere. This is called the “elevation hypothesis.” To complement this hypothesis, the study also found that price appreciation in lower-elevation areas could not compete with higher-elevation areas due to nuisance flooding since 2000. This is known as the “nuisance hypothesis.”

The superior investment pathway is when investors begin to shift capital to higher-level property locations. The cost-burden pathway is when low-income households are priced out of their homes due to climate change increasing their cost of living with increases in repairs, insurance, and property taxes. The resilience investment pathway occurs when cities are re-engineered to be more resilient and resistant to climate change. This refurbishing brings in affluent households while pushing poorer families out.

Gentrification is often seen as a deliberate decision of affluent groups to move to a new, desired location. But when looking at Miami and other cities where the wealthy prefer the shore, climate change will eventually force them to move away from their preferences to a more resilient location inland with higher elevation. Traditionally, these locations are metropolitan areas with a dense population of people of color. Their properties will appreciate and families will likely be displaced, further perpetuating the issue of housing inequality and socioeconomic status.

This study reveals the intersections of property investment and inequality and sheds light on the idea that gentrification may be influenced and amplified by factors of nature that we cannot control. While this new theory is not yet entirely defined, this is the first step in understanding climate gentrification as well as promoting awareness of what shapes and affects others’ socioeconomic status. Understanding the effect of climate change on property value will be essential for long-term planning in order to protect vulnerable communities from continued displacement.